Looking for some Cool Tools in the signage industry? Monument Signage is always cool. Signcraft Magazine features cool tools, every issue and the November/December edition, was no exception. Peachtree City Foamcraft was proud to team up with 360 Signs out of Austin, TX to showcase a recent cool monument sign project that they completed. Here's what they had to say... "The last stone monument sign we installed took three weeks to build on-site. My first Peachtree Foamcraft sign was installed in less than three hours!" says Tom Humphries, 360 Signs,Austin TX.

Have you made some cool monument signs with Peachtree City Foamcraft in the past? If so, send your photos and testimonial to Katie Schwartz, Marketing Coordinator at katief@ptd.net. Send us a photo and in 50 words or less, tell us what wa best about your experience partnering with Peachtree City Foamcraft on your monument sign project. You could be featured in SignCraft magazine or another industry publication! 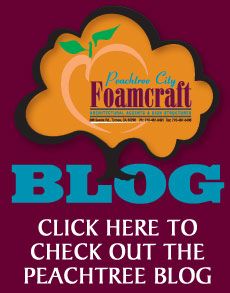